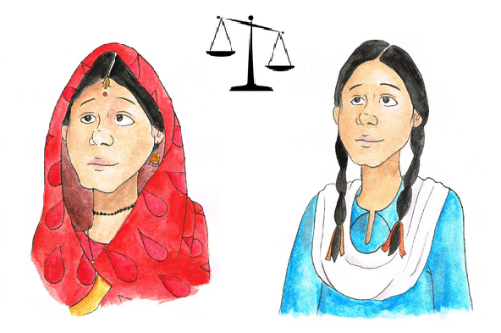 Our key research question is: Do laws regarding child marriage (marriage below the age of 18) influence social attitudes and marriage practices when the state has limited enforcement capacity?

A growing literature documents how the timing of marriage for women affects investments in their own education and fertility decisions (Field and Ambrus 2008), social networks and attitudes towards gender norms (Asadullah and Wahhaj 2018), as well as the human capital of the next generation (Sekhri and Debnath 2014, Chari et al. 2017). Thus, marriage timing plays a critical role in the lives of women and their contribution to household production and reproduction.

The elimination of child marriage has become an important policy target for national governments and trans-national bodies. The United Nations Human Rights Council recently adopted a resolution to “eliminate child, early and forced marriage” and the Sustainable Development Goals include the elimination of child marriage as one of its targets (5.3). In conjunction with other strategies, there are ongoing efforts in several developing countries to change marriage norms by introducing harsher penalties for under-age marriage (Amin et al. 2017). However, there is little direct evidence as to whether the law can play a role in shaping the relevant social norms. The proposed case study can potentially bring insights regarding this question.

Watch a video (in Bangla) from recording of an event around this case study on women in Bangladesh. (Video produced by Bangladesh Legal Aid and Services Trust – BLAST.)