Clans, religion, and politics: A case study of Pakistan 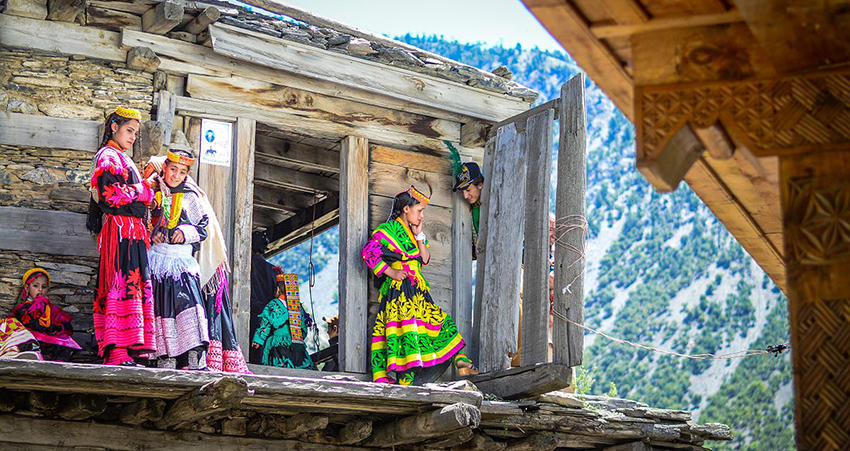 Members of the Kalash Tribe based in Rumbur village, Chitral (Photo by Msanamsaeed via Wikimedia)

If religion is interpreted in a manner that makes its prescriptions coincide with national interests or if it has been “nationalized” by rulers seeking religious legitimacy, we would normally expect the religious ideology to operate as a cement unifying a nation and enabling an autocratic ruler to dispense with working with ethnic forces or polities. This is especially true if the autocrat himself is a military high official dedicated to the religion concerned, as was patently the case under General Zia ul-Haq in Pakistan. In this project, using election data complemented by family background detailed information, we plan to test whether this hypothesis is validated in the precise case of Zia’s regime.

A major obstacle to building effective centralized states and accelerating economic development lies in tribal and ethnic cleavages. The concept encompasses various forms of corporate, blood-based entities that are articulated around strong feelings of common identity and social solidarity. Insofar as the values of a clan promote the particularistic interests of its members, specific rather than general public goods, and a restricted rather than a generalized morality, the capturing of political power by a dominant clan or fierce struggles between powerful rival clans risk undermining the construction of a modern bureaucratic state and tearing apart the wider social fabric of a country. The examples of Libya, Iraq, Afghanistan, Somalia, Syria, South Sudan, and other countries are there to attest to the immense cost that ethnic tensions may entail as a result of their political instrumentalization.

Using evidence from Pakistan, we aim to assess the claim that religion can provide a solid cement for nation-building in the presence of centrifugal ethnic forces. Apart from data availability, the focus on Pakistan is appropriate for two key reasons. First, tribal diversity is particularly strong all over the country, and second, the military have always wielded considerable power in Pakistan and, from the time General Zia-ul-Haq (1977-1988) seized power, they have espoused a rather rigid version of Islam as their patriotic ideology.

By choosing to analyze the impact of Zia’s regime in Pakistan, we aim to test the null hypothesis that Islam alone can overcome ethnic divisions and tame ethnic politics in conditions where it is used as a national-patriotic ideology by an authoritarian ruler. We thereby hope to uncover the precise mechanism that helps to consolidate or undermine the unifying power of the Islamic doctrine and to get a better grasp of the way Islam, ethnicity and politics interplay.