Media Diversity, Religion and Economic Behaviour: An Analysis of Pakistan 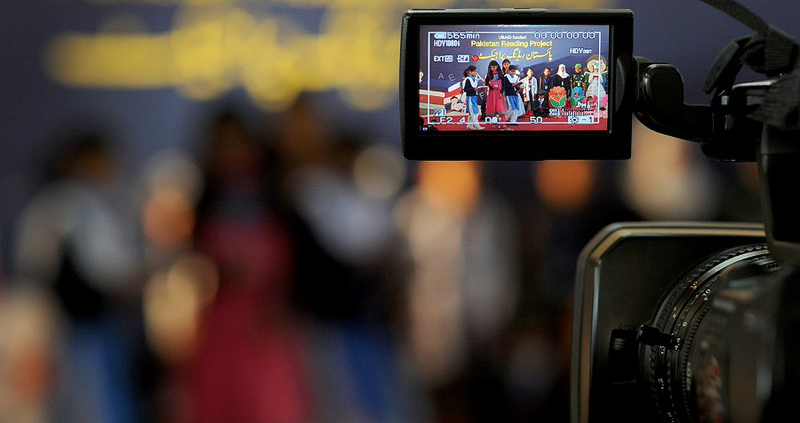 How does exposure to foreign media influence religious and economic behaviour in an Islamic society? What are implications for behaviour along gender dimensions?

Two effects are possible. On the one hand, exposure to foreign media may lead to less conservative behaviour, if individuals emulate the more liberal norms depicted in these sources.  On the other hand, it may generate backlash if the content is viewed as offensive to prevailing religious norms, and lead individuals to adapt more conservative behaviour. We examine these potential effects in the context of Pakistan.

We take advantage of a sudden media liberalization in 2002. This liberalization transformed the media landscape from one government-owned radio station and television station broadcasting primarily Pakistani content, to hundreds of private stations broadcasting diverse content, including foreign content, which typically depicted more socially liberal mores. We examine effects on religiosity, female decision-making around work and family, and the consumption of foreign products. We also directly examine the backlash effect through novel data on violence carried out by religious extremists.

Media freedom and unfettered access to diverse media sources comprise a key indicator of democratic development and the institutional landscape of a nation-state. Our project seeks to understand the broad-based consequences of media liberalization in Pakistan.

One part of the project aims to understand how access to diverse media sources, including foreign media depicting liberal social norms, shapes gender-related outcomes. We examine labour market outcomes and measures of female empowerment, including those related to family planning.

This line of inquiry builds on past work which has shown that access to western media produced more egalitarian gender attitudes, including lower son preference and a lower reported acceptability of domestic violence, in the context of India (Jensen and Oster 2009). Yet, in the context of Pakistan, the consumption of foreign media, including western media and Indian media, have generated considerable backlash by religious extremist groups. Given this backlash, the net effect of foreign media exposure on religious and gender outcomes remains an important, open question.

Yet, knowing the answer to this question is critical from a policy angle. Promoting female empowerment and reducing discrimination against women remains a core challenge throughout South Asia and the Middle East. If media liberalization can empower women, these should inform the cost benefit considerations around regulatory decisions and the maintenance of a liberalized media market.

A second part of the project aims to examine the consequences of media liberalization on the consumption of foreign imports. This relates directly to the theme of institutions and private sector development.  Conceptually, advertisements of foreign products could promote the consumption of foreign imports. However, if there is a backlash against the west based on western news and entertainment programing, there could be a countervailing effect reducing import purchases. Understanding the net effect is policy relevant, for example, in understanding consequences on revenues generated from import taxation.